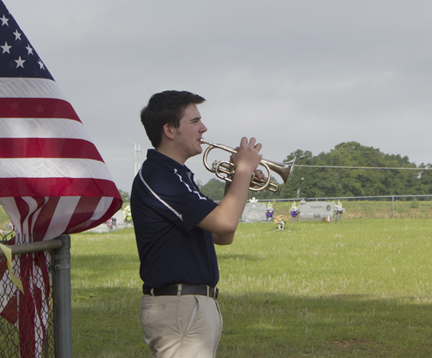 Gum Creek Cemetery, one of the oldest in Walton County, is thought to be at least 160 years old. As such, it marks the final resting place of veterans from American’s wars all the way back to the early 19th Century, with 12 known Civil War veterans and one confirmed Seminole War veteran. There are many veterans from 20th century conflicts, from World War I throughout the Korean War, buried in the cemetery as well.

This year’s speaker will be Elizabeth Stanley, who served as a Lieutenant in Viet Nam 1971-72 as a nurse. Ms. Stanley served her family as did her father who served as a pilot in World War II and Korea.

Gum Creek Cemetery is one of the oldest Cemeteries in Walton County serving our community for over 160 years. The Cemetery marks the final resting place of veterans’ from American wars all the way back to the early 19th Century, with 12 known Civil War Veterans and one Seminole War Veteran. There are many veterans from the 20th Century conflicts, from WWI through the Gulf War.

This service will also be dedicated to the memory of Don Wilkerson who held the first Gum Creek Cemetery Memorial Day Service some 22 years ago. The service began when Don Wilkerson and one other man raised the flag at the Cemetery on Memorial Day. Mr. Wilkerson was instrumental in maintaining this ceremony until his death in 2016.

Florida celebrated its 100th birthday in 2014. The cemetery is located on land granted by the United States Government and signed by President Woodrow Wilson on June 17, 1914. The cemetery has a rich history tied to the local community. Many community leaders, veterans and other notable locals chose Gulf Cemetery to be their final resting place.