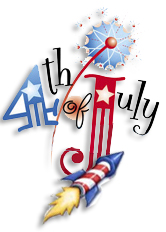 Tons of fun this Independence Day weekend with events on Saturday and Sunday all over Walton County!

The Freeport Planters Association is hosting an Independence Day fun day and parade. Starting at 3 p.m., the fun will begin at the Freeport City pool with swimming, inflatables, rock wall along with hot dogs, chips and drinks for the entire family. The cost for lunch is $3.00 with proceeds going to the veteran’s memorial fund.  Then, at 5 p.m. enjoy the parade that starts at the corner of U.S. Hwy 331  and Hwy. 20 then marches to Freeport City Hall.  For more information, or to sign up for the parade call Eleanor at 850-835-5611

The spectacular Seaside Fireworks will be held on both July 3 and 4. July 3 show starts at 9 p.m.

Location: Baytowne Wharf at Sandestin
July 3 – 4:  The Village will have kids activities from 6 – 10 p.m., including kids’ crafts, facepainting, and balloon sculpting. House Band Coconut Radio will take the stage from 6-9 p.m.

July 4: Baytowne will have fireworks over the lagoon at 9:15 p.m.

The Merchants of Seaside host a fun-filled Fourth for families of all ages! Kick off the Independence Day at the annual South Walton 4th of July Parade at 8 a.m., enjoy a variety of events during the day including a watermelon eating contest and music from 30A Radio. Then dance the night away with Stars & Stripes at Seaside; and salute the night sky with music from Dread Clampitt with special guest Sam Bush, then a spectacular fireworks display over the gulf.

Schedule:
8 a.m. – The parade begins in front of Seagrove Plaza. Everyone shares in the glory as participants march down Scenic Highway 30A from Seagrove dressed in patriotic costumes and on festive holiday floats, all vying your applause. Upon arrival in Seaside, a panel of judges will select winning parade entries and awards will be handed out. And, don’t forget your beloved furry friends; the crowd always loves patriotic pooches dressed in their finest holiday costumes. Interested in being in the parade? Click here for registration form

After the parade has ended and winners have been announced, enjoy music in the Amphitheater from 30A Radio until 11:00 a.m., along with face painting and a watermelon eating contest.

7 p.m. – Stars and Stripes celebration begins featuring Dread Clampitt with special guest, Grammy Award winner Sam Bush. With clever and heartfelt lyrics, Walton County’s own Dread Clampitt combines the sounds of bluegrass, rock & roll, blues, jazz and some Louisiana Bayou funk to create a one-of-a-kind musical experience. Guest artist Sam Bush, a world-renowned mandolin player, has performed live with Jerry Douglas, Bela Fleck and Emmylou Harris.  Dread Clampitt will showcase many of the songs off of their new album, featuring Bush, entitled “Learnin’ to Live.” Concertgoers will be able to purchase this new album, and have it signed by the entire band, following the performance.

9 p.m. – The Seaside Fireworks Spectacular. This fireworks extravaganza will illuminate the skies in celebration of our country’s birthday. The fireworks will be choreographed to a soundtrack and can be heard while viewing the show from the Seaside Amphitheater. Guests can also listen to the soundtrack via simulcast from 30A Radio. To hear the soundtrack, tune your radio into 107.1FM or online at: 30ARadio.org.

The DeFuniak Springs Business Professionals Association and The Smokey J Café are hosting an afternoon and evening of fun along chicken and rib barbecue competition on July 4. Live music, children’s activities, flyover, live music and fireworks are in store.

Interested in competing in the barbeque competition?
The cook-off set up is 7 a.m., with turn in for chicken at 1 p.m. and ribs turn in at 2 p.m. Awards will be held at 3 p.m.  Entry fee is $25 per team with $500 in trophies and prizes. Deadline is 7 p.m. on July 3rd. Celebrity judges this year include Russell Hughes Principal at Walton High, Captain Gregory K. Gandy, Deputy Chief, DeFuniak Springs Police and Mike Adkinson, Walton County Sheriff.
For more information and entry form, contact the Smokey J Café at 850-892-0879, 328 Hwy. 90 E, DeFuniak Springs.