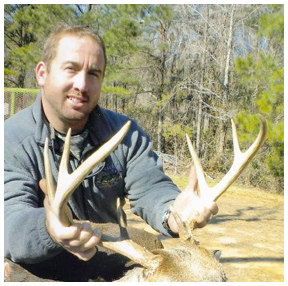 Red Bay Grocery and Nick’s Seafood Restaurant are hosting their 3rd Annual Big Buck contest. The contest will last through general gun season. Entry fee $25 per hunter (may score up to 3 deer) or $10 per deer.

Official Rules
1. All deer must be harvested during legal hunting hours and during general gun season, using legal hunting methods.
2. All hunters must present a valid Florida hunting license each time a deer is entered for scoring.
3. Only one (1) deer can be entered each day.
4. Does may be entered during Antlerless Deer Season ONLY. (December 26, 2011 – January 1, 2012)
5. All deer must be brought to Red Bay Grocery or Nick’s Seafood Restaurant for photograph and scoring whole.
6. Any deer harvested too late to bring to Red Bay Grocery or Nick’s Seafood Restaurant before closing may be brought in for scoring the following day.
7. In the event of a tie after three (3) deer are scored, the hunter with the highest scoring single (1) deer takes precedence.
8. In the event of any other tie, the tie-breaker will go to the hunter with the earliest official scoring time.
9. Hunters may enter the contest at Red Bay Grocery or Nick’s Seafood Restaurant ONLY.

Scoring:
Each deer’s score will be determined by the sum of the antlers width to the widest points, height of the rack (measured from the hairline to the rack’s highest point), and total number of points.  (Example: an 8 point with an 18 inch width and a 14 inch rack height would score 40 points.)  ONLY points measuring at least one (1) inch will be counted.  Any doe will be awarded five (5) points.  The combined score of each hunter’s three (3) highest scoring deer will determine the overall champion.