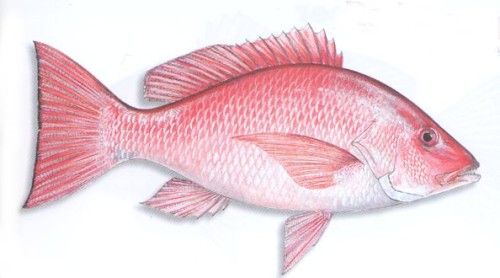 Anglers fishing from private recreational boats will need to have their recreational saltwater fishing license (unless exempt) and will need to have Gulf Reef Fish Angler on their license (includes those that are exempt) to target red snapper or other certain reef fish in Gulf state and federal waters (excluding Monroe County). You can get this printed on a license at no cost at GoOutdoorsFlorida.com or by visiting any location you can purchase a license.

For-hire operations that do not have a federal reef fish permit may also participate in this 40-day season but are limited to fishing for red snapper in state waters only. These operations must have State Gulf Reef Fish Charter on their license to target red snapper and other reef fish in Gulf state waters (excluding Monroe County). This can be done at no cost at a local tax collector’s office.

The Florida Fish and Wildlife Conservation Commission (FWC) has also partnered with Snook and Gamefish Foundation on a new smartphone app specifically for voluntary reporting of red snapper catch information. This app will be available soon on your phone’s app store by searching for iAngler Gulf Red Snapper for private anglers or iAngler Gulf Red Snapper Charter if you are a charter operation. Using the app is important because it will help us test real-time data collection.

The federal season for for-hire operations with federal reef fish permits is June 1 through July 21.

Federal fishery managers are in the process of collecting input for a season in Atlantic federal waters. Learn more at sero.nmfs.noaa.gov.