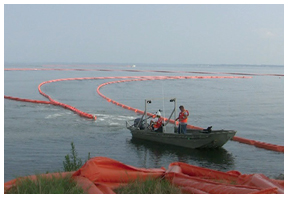 April 20, 2011 marks the one year memorial of the Deepwater Horizon Oil disaster in which eleven lives were lost, 205.8  million gallons  of oil gushed into the Gulf and an unprecedented  1.8 million  gallons of dispersants  were applied to the oil from the air, boats and subsea.

In commemoration of the impacts and lessons learned, on April 19, 2011, Dr. Richard Snyder will be the guest speaker at a public forum sponsored by the South Walton Community Council. Dr. Snyder is  a professor and the director of the Center for Environmental Diagnostics and Bioremediation of the Department of Biology at the University of West Florida.

The forum will begin at 7:15 p.m. and will be held at the Costal Branch Library in South Walton.   Shortly after the disaster, Dr. Snyder and his team began collecting water and sand samples to test for the presence of non-visible  crude oil. His teams have worked in both coastal and shoreline areas. He has also collected certain species for sampling including coquina shells from Walton County. Dr. Snyder will be presenting a synopsis of his test results thus far and his general observations for the recovery of the Gulf and associated Bays. Following his presentation there will be an opportunity for questions from the audience. The forum is open to the public and is free of charge.