An editorial from FWC chairman Rodney Barreto
As an unprecedented crisis spews oil into the Gulf of Mexico, our ocean, our fish and our wildlife suffer immediate and devastating impacts.

The good people on the Gulf coast are fighting for their very livelihoods because of the impacts of the oil spill, but they have strong voices coming to their aid, and they are beginning to get help.

Therefore, I urge BP to take responsibility for the oiled wildlife and their degraded habitats by setting aside funding now that will support the long-term survival of impacted wildlife and restore habitat for the long term.
Florida’s fish and wildlife are incredibly important to the state and are two of Florida’s main attractions.  Residents and tourists alike revel in spotting a bottlenose dolphin playing in the surf. Can we even envision a Florida without ospreys or pelicans soaring over our beaches?  Our wildlife are a critical part of our ecosystem, our livelihood and the unique character of Florida. 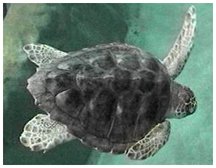 Unfortunately, many of them will die from the impact of the oil. Those that manage to survive may not have the healthy habitats necessary to thrive unless something is done now for their long-term survival.

The Florida Fish and Wildlife Conservation Commission (FWC), along with federal and state partners, threw itself into the protection of wildlife almost immediately after word of the disaster broke. Our biologists are actively involved in creating protocols for damage assessment for wildlife.  But funding is limited, and lack of dollars could very well translate into a lack of fish, wildlife and habitat in the future.

We are doing everything we can to lessen the impacts – some of these steps are risky, but it would be far riskier and irresponsible of us to not do everything in our power to protect species that might be decimated with the onslaught of oil.
The U.S. Fish and Wildlife Service, the National Marine Fisheries Service and the FWC are undertaking an unprecedented task of moving sea turtle eggs from the northern Gulf beaches. Approximately 700 nests are laid on the beaches of Northwest Florida each year. The hatchlings begin appearing in early July and, in a normal year, face challenges in getting to the sea unharmed. But this year, the additional challenges created by the presence of oil pose increased dangers that could spell certain death for all of the hatchlings. We are going to move the eggs to the east coast, and when they hatch, put the small turtles on the sand to do their march to the sea.
Is it risky? You bet. Will it make a difference? Absolutely. At least now we know that some of 2010’s Northwest Florida sea turtle hatchlings – all of them threatened or endangered – will have a fighting chance to survive the worst oil disaster in our nation’s history.

We continue to fight for the welfare of Florida’s precious wildlife that cannot speak, but we can speak. We are their voice, and we say loud and clear, “BP, open your purse strings and save our fish and wildlife so our grandchildren and great grandchildren will not have to learn about our wild animals from textbooks and museums because they became the dinosaurs of the 21st century.”

Now is the time to take extreme measures to save our precious resources. Fish and wildlife are critical to Florida’s survival. Without the benefits they bring to our everyday lives, Florida would not be the special place it is today. It’s time to take responsibility for that survival, and BP holds the key.