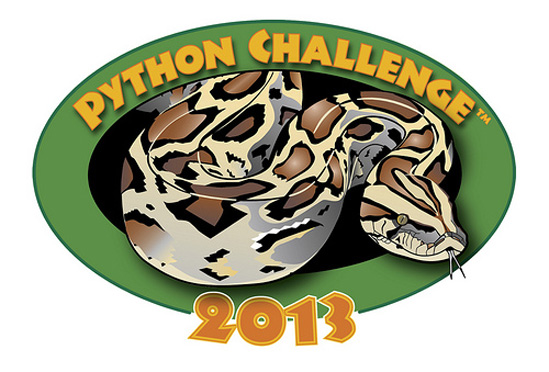 The Florida Fish and Wildlife Conservation Commission (FWC) is announcing the 2013 Python Challenge™ with its goal of increasing public awareness about Burmese pythons and how this invasive species is a threat to the Everglades ecosystem, including native wildlife.

“The FWC is encouraging the public to get involved in helping us remove Burmese pythons from public lands in south Florida,” said Kristen Sommers, head of the FWC’s Exotic Species Coordination Section. “By enlisting both the public and Florida’s python permit holders in a month-long competitive harvesting of Burmese pythons, we hope to motivate more people to find and harvest these large, invasive snakes. The Python Challenge gives people a chance to sign up for a competition to see who can catch the longest or the most pythons.

“Part of the goal of the Python Challenge is to educate the public to understand why nonnative species like Burmese pythons should never be released into the wild and encourage people to report sightings of exotic species,” Sommers said. “We also expect the competitive harvesting of Burmese pythons to result in additional information on the python population in south Florida and enhance our research and management efforts.”
Grand prizes of $1,500 for harvesting the most Burmese pythons will be awarded to winners of both the General Competition and the Python Permit Holders Competition, with additional $1,000 prizes for the longest Burmese python harvested in both competitions. Funding for the prizes is provided by Python Challenge™ sponsors. The largest Burmese python documented in Florida was more than 17 feet in length.
Complete information on the Python Challenge™, including how to train and register for the competitions and more about upcoming south Florida events, is available at PythonChallenge.org.

Many partners, including the University of Florida, The Nature Conservancy, The Future of Hunting in Florida, the Wildlife Foundation of Florida and Zoo Miami, are involved in the Python Challenge™.

Florida currently prohibits possession or sale of Burmese pythons for use as pets, and federal law bans the importation and interstate sale of this species.

The Python Challenge™ will conclude with a free Awareness and Awards Event on Feb. 16 at Zoo Miami. Educational talks and exhibits will be available for all ages, with chances to encounter live Burmese pythons, meet the experts who research and capture them, and learn about protecting the precious resources of the Everglades ecosystem, including its native birds, mammals and reptiles. The winners of the General Competition and Python Permit Holders Competition will be presented with their awards.