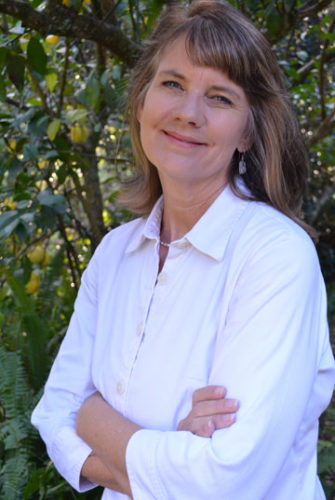 Safe Water for Walton is hosting TEDx speaker and renowned global environmental writer Cynthia Barnett on July 25. The event will be held at the South Walton High School Auditorium in Santa Rosa Beach starting with a reception at 5:30 p.m., lecture at 6:30 p.m. Tickets are $15 and must be purchased in advance here.

Barnett will be speaking about:

What is the history of water in Florida?

What about those majestic freshwater springs that gush millions of gallons of freshwater up from underground?

Barnett has won national awards for her reporting as a newspaper journalist, as well as her decades-long academic study of water-related issues. Her writing appears in National Geographic, The New York Times, Los Angeles Times, The Wall Street Journal, The Atlantic, Salon, Politico, Discover, and other publications. Barnett is a professor at the University of Florida and is at work on a soon-to-be-published fourth book. Her three best-sellers the past decade are:

“Mirage: Florida and the Vanishing Water of the Eastern U.S.”—named one of the top 10 books that every Floridian should read.

“Blue Revolution: Unmaking America’s Water Crisis”—named by The Boston Globe as one of the top 10 science books of 2011.

Her latest, “Rain: A Natural and Cultural History,” was a finalist for the National Book Award, and the PEN/E.O. Wilson Award for Literary Science Writing. It was also named a best book of the year by The Boston Globe, The Miami Herald and others.

Complete details and a downloadable flier are posted on the group’s web site.