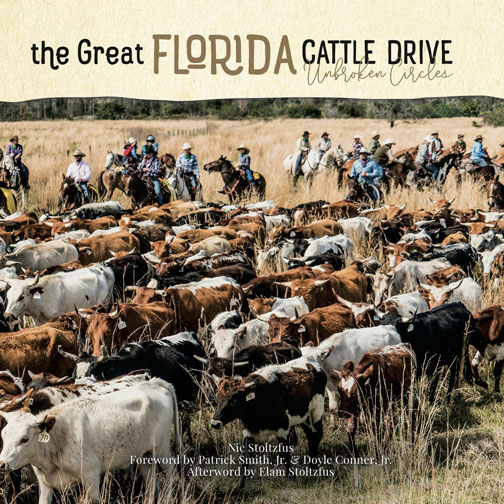 Florida: the land of beaches, theme parks…and cowboys. Father/son filmmakers Elam and Nic Stoltzfus share their stories and adventures from the Great Florida Cattle Drive 2016, while also showcasing clips from their PBS documentary film, The Great Florida Cattle Drive: Unbroken Circles. For over 30 years, Elam Stoltzfus has been documenting the wilds of Florida. He has produced seven feature-length films. Collectively, these films have won 16 Tellys, three Davies and one Emmy and all of them have been featured on public television. He is the founder of Live Oak Production Group. Nic Stoltzfus is a writer and photographer at Live Oak Production Group. His first script, Coastal Dune Lakes: Jewels of Florida’s Emerald Coast was nominated for a Suncoast Emmy in the writing category and won People’s Choice for the 2014 Telly Awards. Along with the script, Nic also wrote a companion coffee table book which won the Gold Medal (Visual Arts) in the 2015 Florida Book Awards. He has recently written the script and coffee table book for The Great Florida Cattle Drive: Unbroken Circles Project.

The event is sponsored by Friends of Coastal Library. For more information call Linda Thompson (850) 267-2809. The Coastal Library is located at 437 Greenway Trail, Santa Rosa Beach behind the South Walton Government/Education Complex on HWY 331