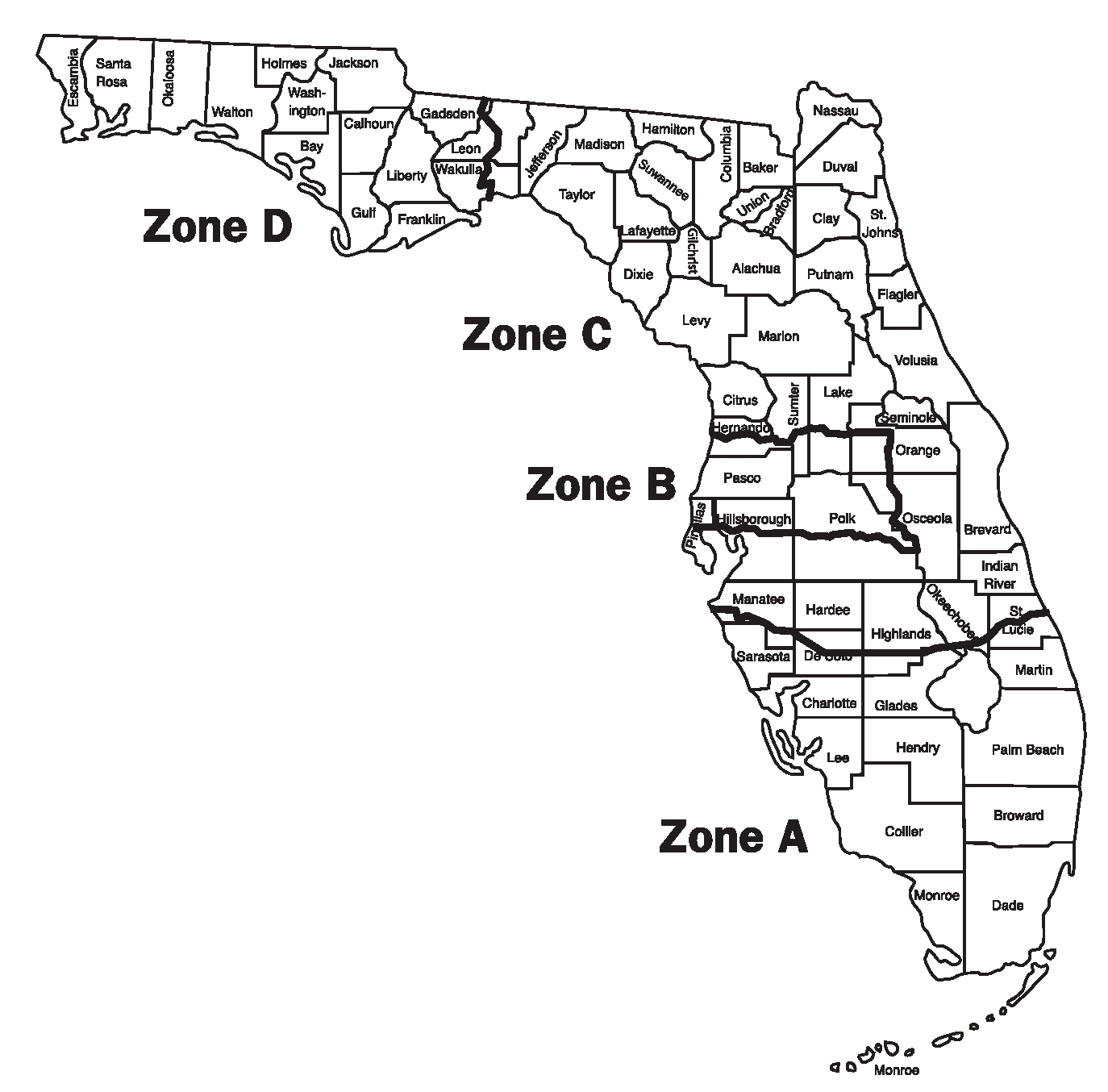 “These changes will better align the deer hunting seasons with the rut and are intended to increase hunter satisfaction,” said Cory Morea, Deer Management Program Coordinator for the FWC’s Division of Hunting and Game Management.

Morea noted that the majority of stakeholders supported these measures.
Todd Hallman of the Florida Sportsmen’s Conservation Association expressed one concern: “The South Region is a different animal. You’re going to have us hunting in hotter, not cooler weather,” he said of the hunting season changes.

The new line dividing zones C and D begins at U.S. 27 at the Gadsden County/Georgia state line and runs south on U.S. 27 until it meets S.R. 61 in Tallahassee.  From there, it follows S.R. 61, running south until it hits U.S. 319.  There, the line follows U.S. 319, continuing south to U.S. 98; it then runs east along U.S. 98 before turning south on Spring Creek Highway and continuing to the Gulf of Mexico.

Changes to season dates on Zone D push opening day of archery season back one week. The first phase of muzzleloading gun season will have four additional days and move from November to December, where it will fill a gap that was previously closed to deer hunting in that zone.  As a result, Zone D will have continuous deer hunting opportunities from the beginning of archery through the last phase of muzzleloading gun season, and total deer hunting days have been increased from 123 to 128.
Zone C’s new deer hunting season dates will begin one week earlier; archery season will begin on the third Saturday in September every year.  Twelve days were added to give Zone C a total of 128 deer-hunting days.

New rules also create an additional hunting zone, made up in part by the Green Swamp Basin.  This fourth zone, which previously was the southwest portion of the Central Hunting Zone, will be Zone B.  This new zone lies south of S.R. 50, west of U.S. 441 and the Kissimmee Waterway, north of S.R. 60 and east of the Gulf of Mexico.

Zone B was created because the deer in that area have a much later breeding period.  Deer hunting in this new zone will start with archery, beginning on the third Saturday of October each year, and run through the general gun season, ending in mid-February.

Zone A (formerly the South Hunting Zone) remains that portion of the state south of S.R. 70.  Its deer season will start nearly a month and a half earlier than before, with July 31 as the opening day of archery next season.  The other major change is that there will be a split general gun season.  Deer hunting will be closed five weeks next season, between Oct. 18 and Nov. 19, and reopen every year on the Saturday before Thanksgiving and always ending on the first Sunday in January.  Depending on how the dates fall in each year, Zone A’s total deer hunting days will be between 121 and 128, an increase from 116 previously.
These changes to Florida’s private land deer-hunting zones and season dates take into account hunter suggestions and updated biological data, aiming to increase hunter satisfaction.  The new zones and corresponding dates are now better aligned with when deer breed throughout the state.