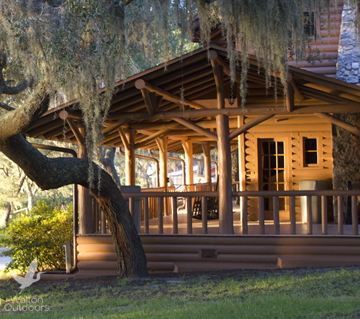 Camp Helen State Park will be hosting a Saturday Americana Roots Music Concert series. The concerts will be held in the lodge from 6:30 – 8 p.m. beginning Saturday, January 9, 2016. The free concerts continue on Saturday, January 23, February 6, February 20, and March 5 with some of the best American roots musicians touring the country today. The concert series is hosted by Lucky Mud and sponsored by Florida’s Department of Environmental Protection and the Friends of Camp Helen State Park.

The Friends of Camp Helen will accept donations all of which will be used to benefit the park. More information is available at www.friendsofcamphelen.org, facebook.com/FriendsOfCampHelenStatePark, by calling (850) 233-5059, or by emailing CampHelenFriends@gmail.com.

January 9 brings The Currys to Camp Helen. Members of this Port St. Joe band have developed their brand of homegrown, harmony-rich Americana through summers of writing and performing on the Florida Gulf Coast. This local trio, with two brothers and a cousin, has gained a regional following, performing regularly at festivals and venues across the Southeast. And, they’ve headlined a tour across Ireland, the subject of a PBS documentary. Released in the spring of 2014, the album “Follow” testifies to the countless hours spent in musical symbiosis, shaping the words and melodies of three distinct singers/songwriters into one cohesive voice.

January 23, Camp Helen presents the duo of Steve Gillette and Cindy Mangsen. This twosome represents the very best in both contemporary and traditional folk music. They’ve performed together for 25 years, bringing to listeners their love of traditional music and their many original songs. Songwriter Steve Gillette’s songs have been covered by John Denver, Garth Brooks, Linda Ronstadt, Tammy Wynette, Waylon Jennings, and others. Cindy Mangsen, one of the “finest singers in American folk music,” is known for her compelling interpretations of traditional ballads, as well as for her own writing and her wonderful ear for harmony.

February 6 features Lucky Mud, the hosts for three years of Americana Music at Camp Helen. This duo is well known locally, nationally, and internationally. Maggie and Michael McKinney pair their love of beautifully written lyrics with melodies that fit the words seamlessly, reaching out and touching their audiences with a voice that both amuses and surprises. Calling their sound “Mud Music,” they’ve brought their sounds from Ireland and England, to Nova Scotia and New Brunswick, and finally to the states. Their music can involve yodeling, rhythmic drumbeats, soft and sweet harmonies, and “rootsy, wicked, belt-it-out swamp sounds.”

February 20 features Passerine, named for an order of birds. The name “Passerine” includes the sweetness of songbirds and the mythic raven. Passerine’s distinctive sound combines vocal harmonies, the crisp rhythms of an acoustic guitar, the haunting voices of fiddle and dobro, and the resonant lows of an acoustic bass. With inventive vocal harmonies and song-writing, supported by the sounds of acoustic strings, Passerine (Carmela Pedicini, David Brain, Sara Moone, and Doug Conroy) offers a fresh take on traditional folk and bluegrass music, as well as a repertoire of original songs ranging from sweet ballads to edgier works.

March 5 provides the final performance of the Camp Helen series, the return of Dana Cooper, a “powerhouse” troubadour who has dedicated himself to a life of music for 40 years. He has performed worldwide, bringing to his songs and singing a history of diverse occupations, from taxi driver to waiter, from nurse’s aide to warehouseman. Cooper’s mixture of flat picking, finger picking, and percussive strumming style is legendary among guitarists, while his expressive voice evokes a rich lifetime of experience.