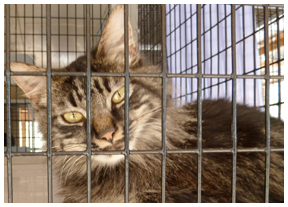 Two of a kind felines looking for new best friend

There are all kinds of awesome animals in the Alaqua family, and even though families aren’t supposed to have favorites, sometimes we just can’t help ourselves.  Two excellent examples of some feline favorites at Alaqua Animal Refuge are Rin Tin Tin and Diddle. 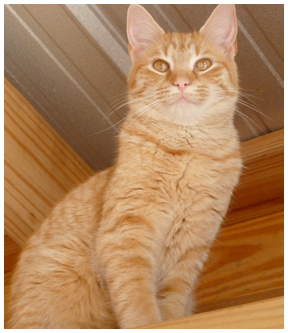 Part of their popularity is the simple fact that both of them are extremely personable and affectionate.  As far as appearance goes, Rin Tin Tin, a Maine Coon mix, favors a neutral wardrobe of fashionable gray that is silky soft to the touch.  He loves to sit on laps, and gives cat hugs of the highest quality.  Quite striking in his orange and white tiger stripes, Diddle is a Domestic Short Hair/Manx combination.  His heritage accounts for his charmingly abbreviated tail, and he has golden eyes that a person can get lost in.  Like his friend, Diddle will purr in contentment on any inviting lap.  In other words, Diddle  and Rin Tin Tin are two of the most loving and lovable cats ever.

If you would like to adopt Rin Tin Tinn or Diddle or any of the other available friends, contact Alaqua Animal Refuge at 850-880-6399 or go online at www.aarflorida.com.
914 Whitfield Road
Freeport, Florida 32439

Open Tuesday – Sunday from noon to 5:00 p.m. Bring the family for a tour of the facility.